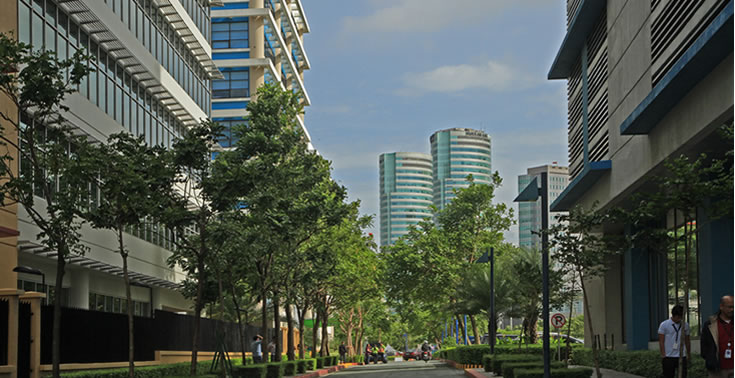 Filinvest is one of the top residential property developers in the country. Over the years, it has established itself as a leader in residential housing development especially in its core business of affordable and middle-income housing.

From its first middle-income residential subdivision in Cebu, Filinvest never looked back, expanding steadily into various locations where there was a need. Today, Filinvest is a full-range property developer with an impressive portfolio scattered all over the archipelago. From building houses, the company has diversified into high-rise condominiums, medium-rise developments, BPO office buildings, shopping centers and leisure developments.

Filinvest is the developer behind successful projects such as the 52-storey PBCom Tower which is the tallest office building in the country, premier outsourcing hub Northgate Cyberzone in Alabang, and the sprawling Festival Supermall which remains the undisputed regional shopping center south of Metro Manila. For the high-end market, Filinvest created the exclusive Brentville community in Laguna which is home to Brent International School and a growing multi-cultural residential population.

Filinvest Land, Inc.’s business has historically focused on the development and sale of affordable and middle-market residential lots and housing units to lower and middle-income markets throughout the Philippines. It has developed over 2,100 hectares of land, and provided home sites for over 110,000 families, which makes it one of the largest home providers in the Philippines today. In recent years, Filinvest Land, Inc. has expanded its residential business to include other income segments (high-end) and themed residential projects with a leisure component, such as farm estates and developments anchored by sports and resort clubs.

(a) Homes situated on small lots designed to be expanded vertically through the addition of a second storey without requiring the occupants to vacate the home while the second storey is being added.

(b) The “Entrepreneurial Village” or “Asenso Village” concept which is the result of a collaborative effort with the Government to allow entrepreneurs with small- and medium-size businesses to live and work in a residential development with access to Government agencies that assist small businesses.

Filinvest Land, Inc. is also a pioneer in the development of very large master-planned township developments which provide a convenient mix of commercial, industrial and residential uses.

Filinvest Land, Inc. currently has over 100 projects located in 39 cities and municipalities nationwide. The Company has an extensive network of sales offices, in-house sales agents and independent brokers located throughout the Philippines, as well as accredited brokers in countries and regions with large Overseas Filipino Workers (OFW) and expatriate Filipino populations (such as Japan, Italy, the United Kingdom and the Middle East). Approximately half of Filinvest Land, Inc. real estate sales are directly or indirectly derived from Overseas Filipinos (OFs).